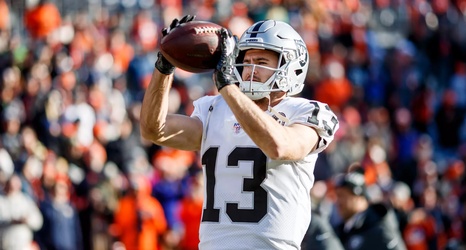 Take your critics with a grain of salt and a sense of humor.

Yes, Renfrow, who is entering his second season with the Raiders, indeed was among those who hit the like button on the tweet showing him dropping several passes as a rookie.