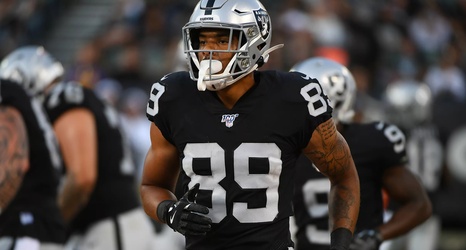 HBO’s summer with the Raiders was recognized by the Sports Emmy world.

The network received an Emmy nomination for ‘Hard Knocks’ Training Camp with the Oakland Raiders’ on Thursday. It came in the category of Outstanding Serialized Sports Documentary as the Raiders’ website mentioned today. The series aired last August-September.

The ceremony has been postponed from April 28 because of the coronavirus crisis with no new date set.

What was your favorite moment of last year’s ‘Hard Knocks’?

Jon Gruden being Gruden, Maxx Crosby on the mic?