For Raiders' Derek Carr, no more excuses (real or imagined) 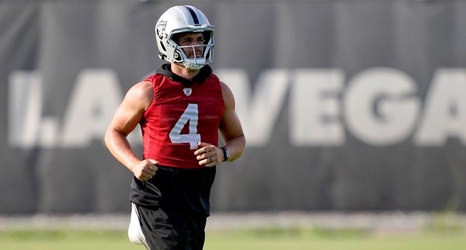 "I'd probably quit football if I had to play for somebody else ... I'd rather go down with the ship, if I have to." -- Las Vegas Raiders quarterback Derek Carr

For one, the Raiders franchise quarterback demonstrated an undying loyalty to teammates, coaches, the front office and fans alike. That, in turn, elicited fawning responses from his already-faithful faction.

For another, the veteran of so many offseason trade rumors torpedoed his own trade value with his decree. As in, why would another GM want to engage in trade talks for a guy who says he'd rather quit than play for them?