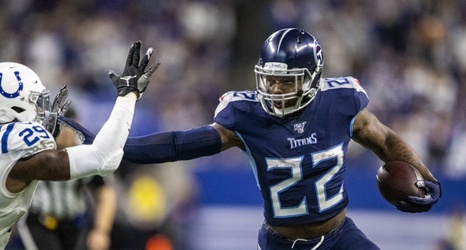 Josh Jacobs used to love it last year when Titans running back Derrick Henry would come back to his old school and spend time with him at Alabama.

“He’s like a funny big brother, honestly. He makes a lot of jokes,” the Raiders rookie running back told reporters then.

But after watching recent tape of the 6-foot-3, 247-pound Henry, the Raiders failed to find any humor in his upcoming visit to Oakland this Sunday.

“A big challenge, man. I mean Henry’s unbelievable,” Raiders coach Jon Gruden said of the Titans back who just became the fifth player in NFL history with three straight games of at least 149 yards rushing and a touchdown.