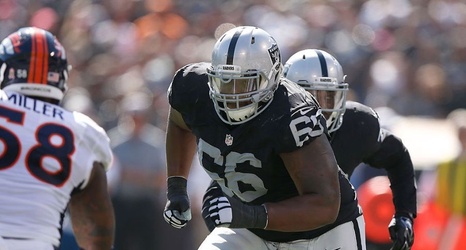 ALAMEDA — The Raiders picked up some reinforcements Monday returning from a week off during their bye week.

Foremost among them was veteran right guard Gabe Jackson, out since an MCL strain on Aug. 8, the second day of practices against the Los Angeles Rams during training camp in Napa.

Jackson’s return heads the five most significant developments coming off the bye:

Jackson, along with center Rodney Hudson, were the two proven anchors to the Raiders offensive line going in to the season. After Jackson was injured, the Raiders went five games without the man they were eager to see paired with free agent tackle Trent Brown on the right side of the offensive line.