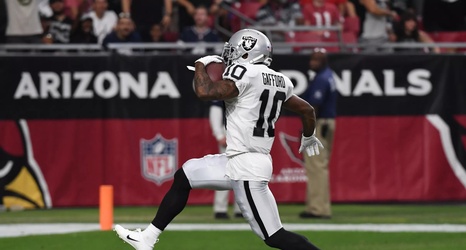 Unlike Week 1, this week’s preseason match up against the Cardinals gave us our first opportunity to see some of the starters that sat against the Rams. Namely Derek Carr and rookie running back Josh Jacobs, neither of who disappointed in the opening drive of the game.

The Raiders started out with the ball first in this one, and Derek Carr led the team straight down the field for an impressive opening touchdown. The drive was capped off with a great pass and catch to new Raiders receiver Ryan Grant but that was just one of several good plays on the drive.