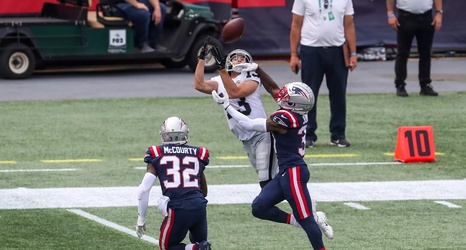 A quick look at the Raiders’ loss to the New England Patriots on Sunday, which saw a final score of 36-20 and leaves Las Vegas as 2-1.

Too sloppy:
The Raiders made mistakes on both sides of the ball and had too many key penalties to keep up with the Patriots.

Gutted on ground:
The Patriots had 217 rushing yards through three quarters. That’s ridiculous.