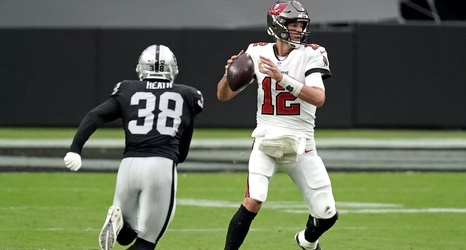 An instant look at the Las Vegas Raiders’ home game against the Tampa Bay Buccaneers on Sunday:

Tampa Bay took over late: The Raiders were within 24-20 in the third quarter, but the Buccaneers took over on both sides of the ball and ran away from the Raiders. who are now 3-3.

Good start: The Raiders’ defense caused Tom Brady and Tampa Bay to go three and out on the first drive of the game. It didn’t hurt that Brady missed a wide-open Rob Gronkowski on the first play of the game.