Fadol Brown claimed by Packers off waivers from Raiders 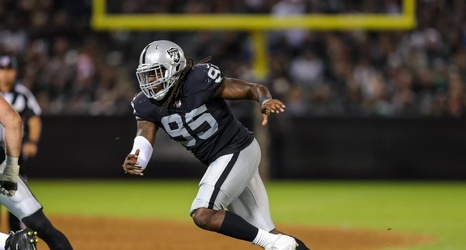 For a guy who hadn’t made a regular season roster for his first two years in the league, Fadol Brown wasn’t unemployed long. Technically, he wasn’t unemployed at all. The defensive end was waived by the Raiders this week and quickly scooped up and claimed by the Green Bay Packers.

Brown was an undrafted free agent out of Mississippi in 2016 who impressed enough to spend two seasons on the Raiders practice squad. He finally got the call in the regular season this year for the pass rush deficient Raiders and ended up appearing in eight games.