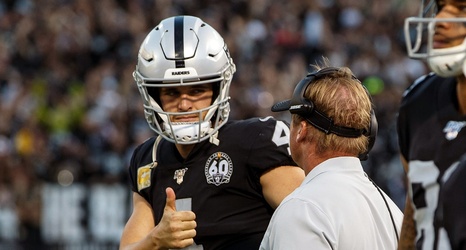 The Las Vegas Raiders have made a bunch of moves to improve their roster, including bringing in talent at linebacker, and adding to all three levels of the defense. Cory Littleton and Nick Kwiatkoski make the linebacker group better immediately, and veterans like Eli Apple and Maliek Collins make the entire defense better as a whole.

On the offensive side of the ball, the Raiders did sign veteran Nelson Agholor to the wide receiver group, bringing in a former first round pick who dominated in the Philadelphia Eagles Super Bowl win over New England.