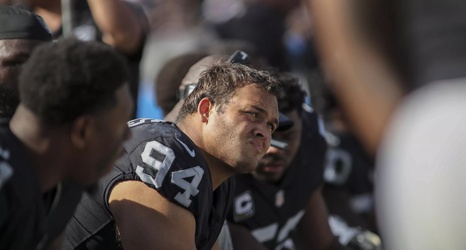 Eddie Vanderdoes never suited up for Jon Gruden. The last time the defensive tackle suited up for the Raiders was 2017 in what would be Jack Del Rio’s last game as Raiders head coach.

It was the final game of Vanderdoes’s rookie season. The former third round pick out of UCLA made it through all 16 games and was back playing in Los Angeles when he tore his ACL. Del Rio was fired after the game and Gruden was officially hired days later.

ACL tears usually take 4-6 months to heal, which would suggest that perhaps Vanderdoes could return in time for the 2018 season.