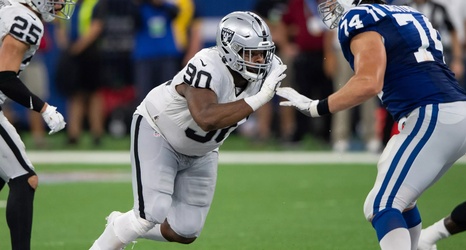 Coming out of Raiders training camp and preseason, there were three undrafted players who impressed enough to earn a roster spot. Two of them — Keelan Doss and Keisean Nixon — are currently on the regular season roster. The other was defensive tackle Anthony Rush who was waived and re-signed to the team’s practice squad. Today he was swiped by the Eagles.

Rush was a dominant force on the defensive line in the preseason, but instead of giving him a shot, the Raiders signed veteran defensive tackle Corey Liuget instead.