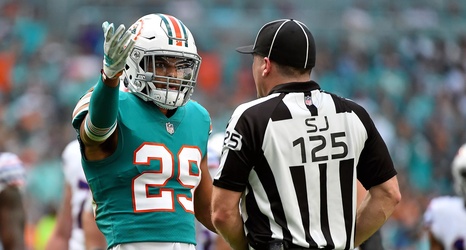 With Jonathan Abram expected to miss the rest of the season after sustaining a torn rotator cuff and labrum on Monday night, the Raiders are assessing their options at safety.

While the team still has solid depth on the back-end with Karl Joseph, Erik Harris, Curtis Riley and even Dallin Leavitt in tow as capable contributors, it is telling that they’ve reportedly worked out several veteran free agent safeties this week.

None of those free agent defensive backs have been announced as having been signed, however, and with former 11th overall pick Minkah Fitzpatrick reportedly granted permission to seek a trade, the Raiders should give Dolphins’ general manager Chris Grier a call.