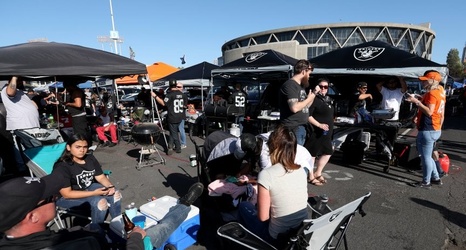 There’ve been plenty of game-saving plays at Raiders games over the years, but it’s not often someone turns in a life-saving effort like an Oakland Police officer did on Monday night.

A man who was clinically dead when Oakland Police officer Daniel Mullens arrived on the scene was brought back to life in the Coliseum parking lot before the Raiders game, thanks to the efforts of the officer and other first responders, KRON-TV reported.

Mullens, a five-year veteran and a lead safety instructor for the department, is also part of a crew of bicycle officers who patrol the Coliseum during games.