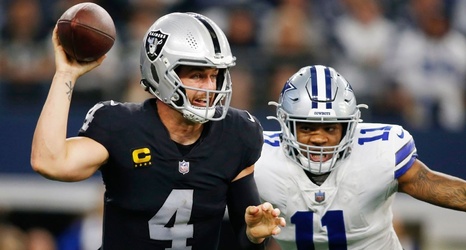 ARLINGTON, Texas -- Derek Carr had not been himself since the Las Vegas Raiders emerged from their bye.

A three-game losing streak, with calls from fans for him to be replaced with Marcus Mariota at quarterback growing louder by the loss, had him feeling, well, off. So on a short week, and with a primetime game at the Dallas Cowboys on the horizon, Carr remembered a piece of advice his former coach Jon Gruden gave him.

Don't ever take your arm out of a game.