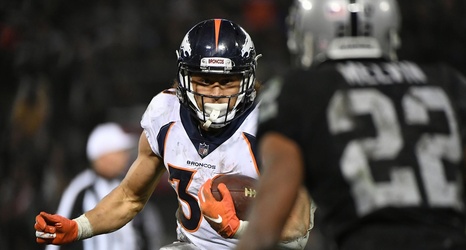 The Oakland Raiders will finally take the field tonight, after a week filled with headlines, and question marks surrounding their biggest acquisition this offseason. Antonio Brown went from not playing Monday night, to not even being on the team, as he signed on with the New England Patriots on Saturday after being released by the Raiders.

Tonight, all of the noise will go away, as the Raiders open up their 2019 regular season schedule against division rival Denver. The Broncos have a new head coach and quarterback this season, as Vic Fangio takes over for Vance Joseph, and Joe Flacco takes over for the turnstyle that was the Broncos quarterback situation last season.