Darren Waller stepped up for the Oakland Raiders Monday night 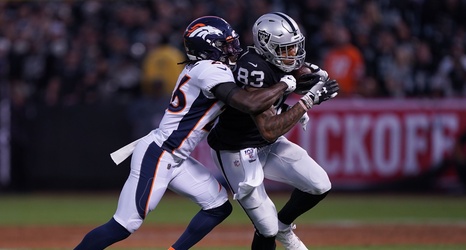 Despite the offseason drama, the Oakland Raiders pulled through, and played a near-flawless game against the Denver Broncos Monday Night. They made a statement which said they were not the same team from last year.

The most notable difference was the offensive line dominating against one of the better pass-rushing duos in the NFL. Kolton Miller and Trent Brown were the stars of the show not allowing a single finger in Derek Carr during the game. Anytime you can not only win a game against your division rival but do so by dominating in the trenches with a clean quarterback jersey makes the win that much more special.