Could the Oakland Raiders season already be over? 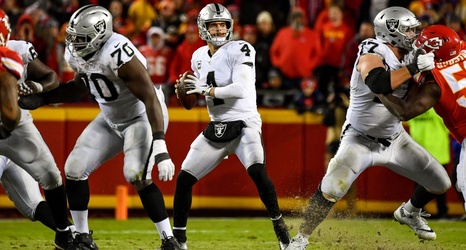 The Oakland Raiders went into MetLife Stadium with a 6-4 record in Week 12, and many expected them to take care of business against the lowly New York Jets. Unfortunately, they lost that game by the score of 34-3, and one week later, they found themselves on the wrong end of a 40-9 score against the Kansas City Chiefs.

That has led to Raider Nation feeling like the world is closing in on them, as they let an opportunity to move into first place in the AFC West slip away on Sunday against Kansas City. Realistically, one has to wonder whether or not the season is over for the Silver and Black as they enter the final quarter of their year.