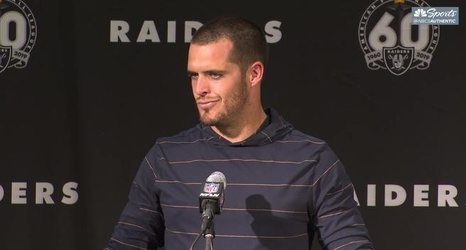 OAKLAND -- Clelin Ferrell's rookie season has had some growing pains. The No. 4 overall pick lost weight, has been forced to play all along the defensive line and hasn't been putting up the pressure numbers some want to see out of an edge rusher drafted highly.

Jon Gruden and the Raiders have been confident in Ferrell, and rightfully so, touting his impact against the run and noting that not everything is about the sacks, pressures and hits. The game has layers, and Ferrell, who was a star at Clemson, is doing everything they asked. Those numbers would come.