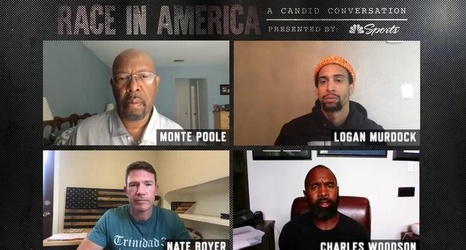 Programming note: Watch the full interview with Nate Boyer and Charles Woodson on tonight’s episode of “Race In America: A Candid Conversation” on NBC Sports Bay Area at 8 p.m., hosted by Monte Poole and Logan Murdock.

The debate over Colin Kaepernick’s kneeling continues to evolve, most notably as it relates to the NFL. The league went from controversially shutting him out to embracing him and the Black Lives Matter movement in the wake of George Floyd's death while in police custody.

Nate Boyer, the former Green Beret who advised the former 49ers quarterback to kneel rather than sit during the national anthem, had a powerful exchange on with Raiders legend Charles Woodson on "Race in America: A Candid Conversation" about framing Kaepernick’s now historic gesture, both when it happened and looking towards the future.