Can Ryan Grant be the Raiders’ No. 2 Receiver? 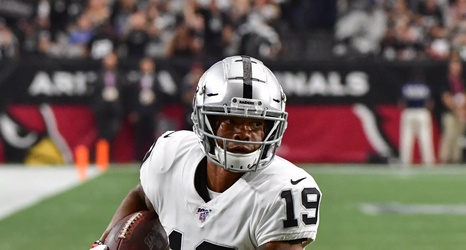 After Ryan Grant signed a 4-year, $29 million contract with the Baltimore Ravens during the 2018 offseason, a profusion of football fans let out a collective, “who?”

“Baltimore gave $7.25 million per season to a guy with less than 1,000 career receiving yards? What are they thinking?”

The Ravens appeared to feel buyers’ remorse immediately posthaste, voiding Grant’s contract the very next day after a reported failed physical. A week later, Grant would pass a physical and sign a 1-year, $5 million deal with the Indianapolis Colts, where he went on to post 35 catches, 334 yards and one touchdown in 14 games.