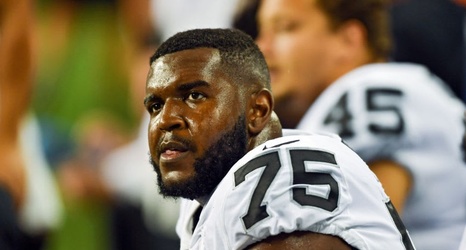 SEATTLE, WASHINGTON - AUGUST 29: Brandon Parker #75 of the Oakland Raiders watched the scoreboard during the preseason game against the Seattle Seahawks at CenturyLink Field on August 29, 2019 in Seattle, Washington. (Photo by Alika Jenner/Getty Images)

After struggling in his first two seasons with the Silver and Black, Brandon Parker is becoming a valuable member of the Las Vegas Raiders.

As a whole, the then-Oakland Raiders 2018 NFL Draft class was a bit of a dud. Sure, there have been some bright spots, including left tackle Kolton Miller and defensive tackle Maurice Hurst, but for the most part, it has been more bust than boom.