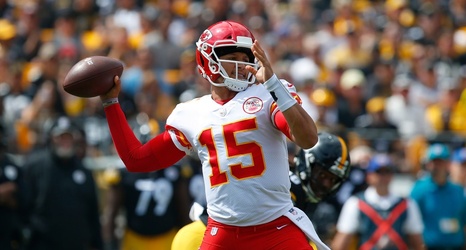 Checking in with Adam Teicher, who covers the Kansas City Chiefs for ESPN:

1) A pretty impressive Week 1 by Patrick Mahomes. Is it even possible for him to be better than he was last season when he won the MVP?

It’s difficult to see Mahomes topping his stats from 2018, when he became only the second player in NFL history to get to 50 touchdown passes and 5,000 yards. But he can still have a greater impact on games even if he throws, say, 40 touchdowns and 4,500 yards. His impact on last week’s game was no less than what it was for most games last season.