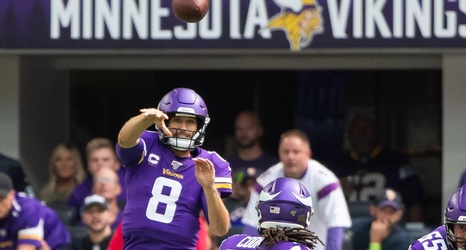 It was a rough day at the office for the Raiders. The Vikings dominated in all areas of the game for a convincing 34-14 win.

The Raiders were unable to get off to a quick start as they had in the previous two weeks and instead fell behind early and were trailing 21-0 with 11:06 remaining in the second quarter.

Where the game took a turn for the worse was on the Vikings third possession late in the first quarter with the score still just 7-0.

The Raiders defense had the Vikings backed up to their own 13-yard line, facing a 3rd and 18.