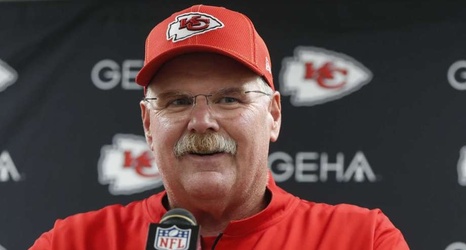 Kansas City Chiefs head coach Andy Reid is preparing his team to play the Oakland Raiders on Sunday, but he still had time to talk a little trash about the Coliseum, the stadium where the game will be played.

Reid was reportedly asked Wednesday about nostalgia going into what might be his last time playing the Raiders at the Coliseum.

"The bathrooms flooded last year," he responded, according to Chiefs beat writer Matt Derrick, "won't miss that." (He was actually referring to the Chiefs-Raiders game in 2016.)

The Raiders are moving to Las Vegas after this season, so Reid's remarks could add fuel to the fire between the two AFC West rivals as they head into possibly their last tilt in the Coliseum.