All-Decade Raiders: Mack, Carr among stars of a dull final 10 years in Oakland 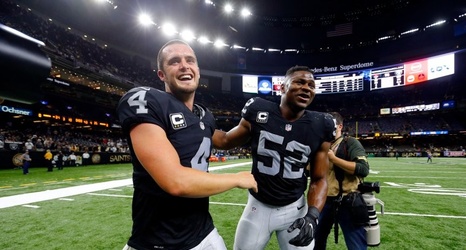 As decades go, the 2010s weren’t much for the Raiders unless you’re a fan of disaster movies.

One season with a winning record, two at .500 (and praying hard for a third).

One trip to the playoffs, and clinging to hope for a second pending their final game in Denver and getting lucky with the tiebreaker. Six head coaches. Five seasons with double-digit losses.