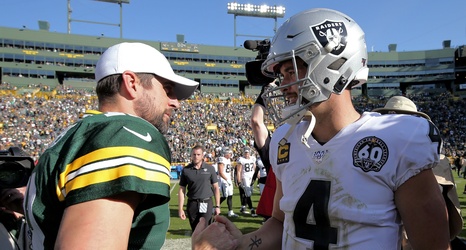 The Oakland Raiders were back in action following their bye week, as the entire AFC West was on the field on Sunday, including one divisional matchup. The Raiders continued their stretch on the road against the Green Bay Packers while the Los Angeles Chargers faced off against Ryan Tannehill and the Tenessee Titans.

Through seven weeks of football one thing is clear: the AFC West is open for business and up grabs. That’s a telling statement given the expectations before the season, but its true nonetheless.