A plea for more Jalen Richard snaps in the slot 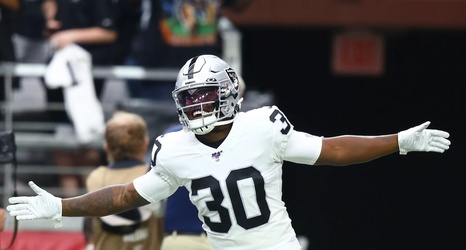 With Hunter Renfrow out with a broken rib and punctured lung suffered against the Jets, the Raiders offense has become bogged down and predictable.

Depending on the personnel on the field and the formation called, defenders are tipped off to Oakland’s tendencies. The receiving trio of Tyrell Williams, Zay Jones and Keelan Doss looked utterly uninspiring on Sunday against the Chiefs, combining for four catches for 34 yards on eight targets.

To mix things up, the Raiders should get Jalen Richard involved in the pass offense more often.