6 thoughts on Raiders loss to Patriots 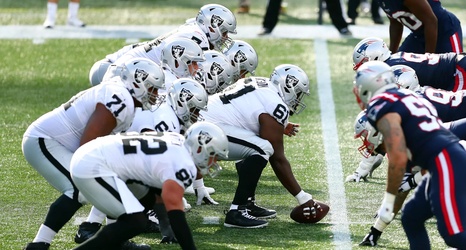 The result of the Raiders-Patriots game emphasizes for me how much we may overrated talent, or at least the “commonly held” perception of who is talented. On what channel is New England’s roster better than the Las Vegas roster?

That appears to be the network I tuned into on Sunday despite the lack of notable names on either offense or defense for the Patriots other the former MVP who was definitely not the reason the Raiders lost their first game of this season.

If you were asking me — and you’re not, I’m only forcing my opinion on you and then phrasing it in a way as to suggest that you compelled me to write this — then I’d say that the Las Vegas Raiders are one of the most talented teams in the AFC.