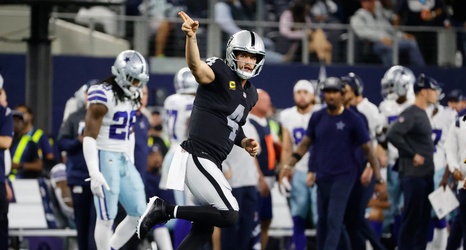 The Las Vegas Raiders offense came alive (even with engine Darren Waller hurt) and took advantage of one Dallas Cowboys mistake after another.

Let’s take a look at this Thanksgiving thriller and keeps the Raiders’ playoff dreams afloat:

A play of the game was a 22-yard scramble by Las Vegas quarterback Derek Carr in the third quarter. It came on a third and 11 play. It was Carr’s longest run in four years. It set up a score. Carr, who came into the game struggling, played better in this game and this play clearly should how much he wants to win on a day the Raiders had a whopping 509 yards of offense.