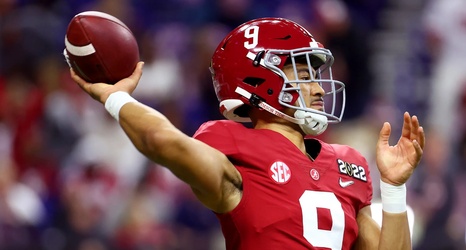 Yes, yes, yes, the Las Vegas Raiders do have a good quarterback in Derek Carr and, as of right now, likely won’t be in the market for Alabama’s Bryce Young during the NFL Draft. But before the angry virtual mob goes after my mentions, let me recycle a statement from the first edition of this column. A lot can happen/change between now and next April so let’s just enjoy some football while it’s the dog days of summer and the Raiders are still about a month out from reporting to training camp.

After replacing a first-round pick in Mac Jones, Young burst onto the scene last season for the Crimson Tide.