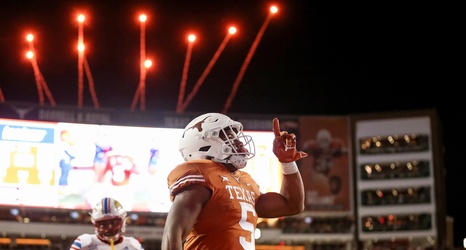 The Las Vegas Raiders declined Josh Jacobs’ fifth-year option this offseason, leaving the door open for them to take a running back in next year’s NFL Draft. Said back could be Texas’ Bijan Robinson, who has been getting more hype this summer than any other draftable player at the position.

Robinson currently ranks fifth on NFL Mock Draft Database’s big board, eighth on The Draft Network’s and 18th on Pro Football Focus’. Draft guru Dane Brugler even had him going 27th overall and as the only first-round running back in Brugler’s initial 2023 NFL mock draft.