4 reasons the 2019 Oakland Raiders are a playoff team 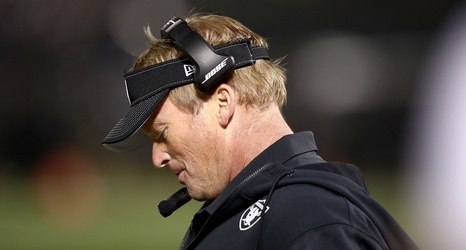 Coach Gruden has his Oakland Raiders team playing better than just about anyone expected, winning games against the Denver Broncos, Indianapolis Colts, Chicago Bears, Detroit Lions, and Los Angeles Chargers. Derek Carr and the offense are playing better than ever, and although the defense is struggling, they have stepped up in big moments on multiple occasions.

Heading into the season, Oakland sported the toughest schedule in the league, as they played two home games to open up the year, and then hit the road for Week 3 through 8. Returning to the Coliseum for a Week 9 matchup with the Detroit Lions, the Raiders took care of business, and five days later, beat division rival Los Angeles inside the Coli as well.