4 numbers that help define the Raiders season so far 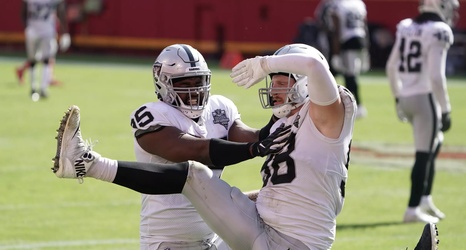 The Las Vegas Raiders are 3-2 and best of all, 1-0 in the division with a win over the Kansas City Chiefs. They next take on the Tampa Bay Buccaneers and maybe the only number you’ll hear Al Michaels and Cris Collinsworth parrot that night is “12.”

Let’s enjoy some numbers that help define a bit about the Raiders on both offense and defense through their first five games.

It’s not that unusual anymore for a quarterback to go through his team’s first five games and throw at least 100 pass attempts with one or zero interceptions.