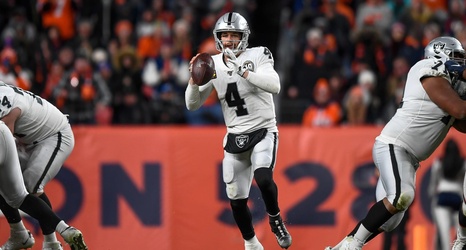 By many statistical measures, Las Vegas Raiders quarterback Derek Carr had a career year in 2019. Carr set career highs in passing yards with 4054, a completion percentage of 70.4, a passer rating of 100.8, a QBR of 63.7, and in yards per attempt at 7.9.

In the context of the rest of the NFL, Carr finished eighth in yards, second in completion percentage behind Drew Brees, tenth in passer rating, ninth in QBR, and was tied for 9th in yards per attempt. These are of course some of the categories that Carr excelled in but the primary category where he was less than great was in passing touchdowns.