10 thoughts on the Raiders 25-point loss to the Bucs 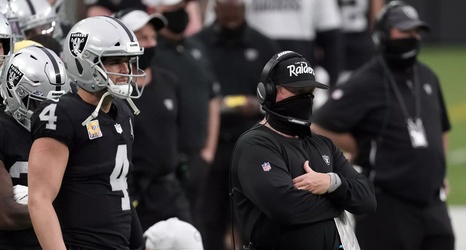 On Sunday, the Las Vegas Raiders gave up an expected amount of points but scored an underwhelming amount and that is the most simplistic way to put what happened. The Tampa Bay Buccaneers have scored 38+ points in three of their last four games and the Raiders have allowed 30+ points in five of six contests. You can’t be distressed by the Las Vegas defense unless you didn’t comprehend what shape they’re in right now.

As noted many times already this season and I don’t expect this to stop being true in 2020: the Raiders are not good enough if Derek Carr is not great.