Source: Raiders, Oakland Closing In On Agreement For 2016? 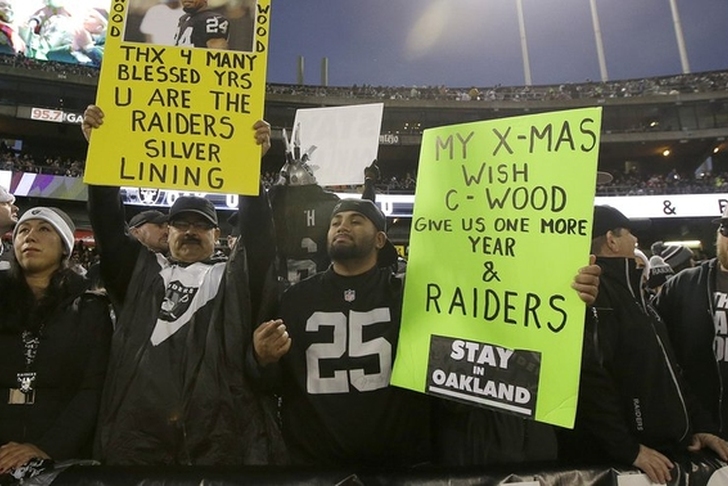 The Oakland Raiders were shut out of the Los Angeles market in recent relocation talks, and that could mean huge things for Silver and Black fans in the East Bay.

According to Matt Artz and Rebecca Parr of the Bay Area News Group, the Raiders will attempt to hammer out details of a lease extension through 2016 with the Oakland-Alameda County Coliseum Authority.

A meeting is scheduled for Monday. More on this story in the Chat Sports iPhone and Android apps.

“The Raiders and ourselves have agreed to sit down and have discussions about a lease extension,” Oakland-Alameda County Coliseum Authority executive director Scott McKibben said, via NBC's Pro Football Talk.

McKibben will meet with Raiders president Marc Badain, and the talks will remain confidential until an agreement is or isn't reached.

“We will talk to the press once we have something to talk about,” McKibben said.

The Raiders will be granted a second crack at a move to L.A. if the San Diego Chargers don't agree to join the Rams in the area by January 15th, 2017. However, a lease extension in Oakland gives the city one more chance at keeping the team for the long haul.