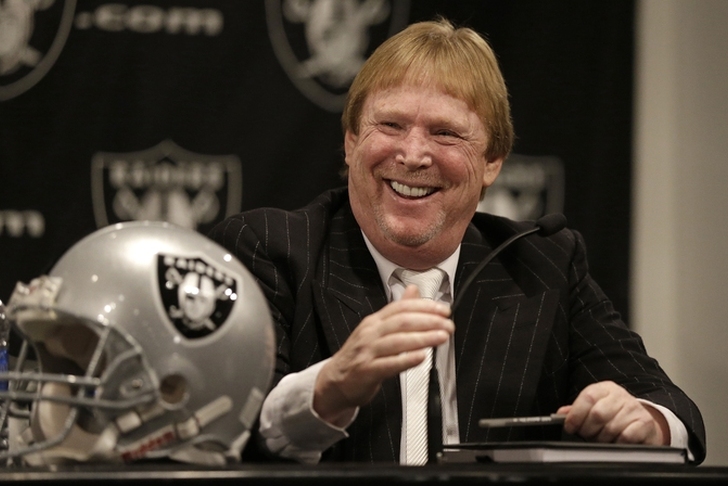 The Oakland Raiders won't be moving to Los Angeles, but they might not be staying in Oakland either. Former San Antonio Spurs and Minnesota Vikings owner Red McCombs, who is also a Texas Longhorns booster, is leading the charge to bring the Raiders to San Antonio.

According to the San Francisco Chronicle, McCombs talked with Raiders' owner Mark Davis about moving the team to Texas.

"We still have to get them to want to come here," McCombs said. "He [Davis] was born and raised there and he has a great feeling for the state of California. But it appears he is going to need to go somewhere."

McCombs has already put together a plan to land the Raiders and says there are several locations where a stadium could be built. There is a claim from Bleacher Report that the Raiders already have land in San Antonio, but McCombs wouldn't verify if that is true.  The Raiders would temporarily play in the Alamodome.

"We already have 12 of the corporate entities nailed down and ready with serious commitments," McCombs said. "We proved it with the Spurs. They said it wouldn’t work at all, and it just happens to be the best franchise now in all of sports ... We know how to do things here. We weren’t born yesterday.”

McCombs is confident the Raiders will move to San Antonio.

"They’re not going to find anywhere else in the United States that can equal what we put together," McCombs said.

The Raiders would need NFL clearance to make the move, but McCombs said the league's decision to allow the Rams and possibly the Chargers to move to LA "clears the runway" for the Raiders to leave.