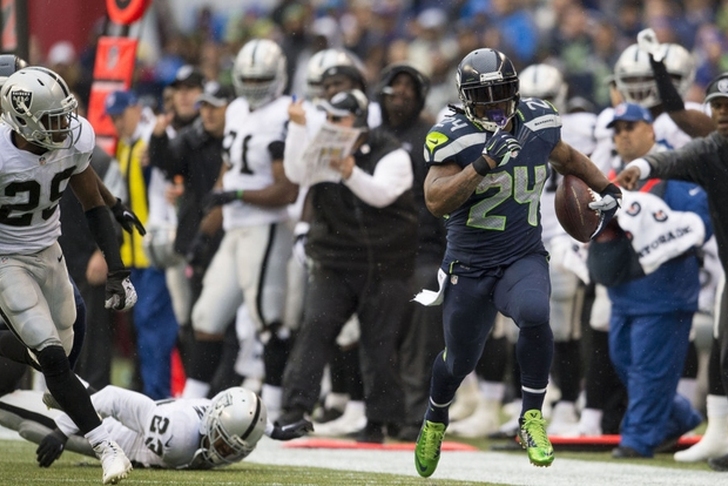 Beast Mode is close to being back on an NFL field.

According to NFL Network's Ian Rapoport, the Oakland Raiders and Seattle Seahawks are working on a trade that would send running back Marshawn Lynch to Oakland, allowing him to come out of retirement and play for the Raiders.

Sources: The #Seahawks & #Raiders are expected to work out a trade for Marshawn Lynch to Oakland. It’s contingent on a reworked contract 1st

Per @NFL rules, if retired RB Marshawn Lynch is traded, he does not have to file a letter un-retiring. It would be a clean return to play.

Marshawn Lynch had permission from SEA to talk to #Raiders. His agents have permission to rework his deal. IF it happens, then trade talks

The Seahawks still hold Lynch's rights, who retired following the 2015 season, since he was one year into a two-year, $24 million extension. Seattle could release him and allow Lynch to sign as a free agent, but the Seahawks want to get something in return for him.

Lynch visited both the Raiders and New England Patriots over the past few weeks, but Oakland has always been the frontrunner to land him.