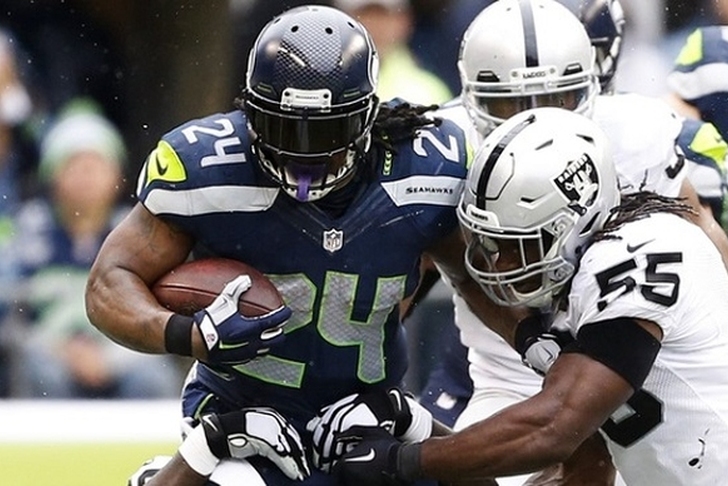 The Oakland Raiders have been expressing their interest in adding former Seattle Seahawks running back Marshawn Lynch for the upcoming season, and Lynch is apparently very interested in playing for his hometown team.

With that being said, I have ears on the ground everywhere. I have a pal from Oakland who just told me that Beast Mode is officially in the Raiders practice facility chatting with team officials. The dream union of The Oakland Raiders and Marshawn Lynch is right on the f-cking fringe of happening.

Could you imagine one of the toughest/explosive/elusive/hilarious dudes of all time playing for his hometown team before they bus off to Sin City? The Black Hole was the most incredible atmosphere I ever played in. I CANT EVEN FATHOM the addition of this guy.

TRENDING: Which teams are the most likely to sign Jay Cutler?

While this visit could simply be a retired player doing something with his hometown team, it appears to be much more than that. According to ESPN's Adam Schefter, Lynch is expected to eventually come out of retirement and play for the Raiders.

Marshawn Lynch is at Raiders' facility today, as @PatMcAfeeShow reported. Source believes eventually "it will happen."

The Seahawks still hold Lynch's rights since he retired one year in to a two-year, $24 million extension, so the Raiders would have to trade for him in order to acquire him. Seattle has said they would be willing to listen to trade offers for Lynch.

In order to avoid the NFL's tampering rules, the Seahawks gave Oakland permission to speak to Lynch, according to ProFootballTalk.

Seahawks have indeed granted Raiders permission to speak to Marshawn Lynch. Question is whether Seahawks will insist on a trade.