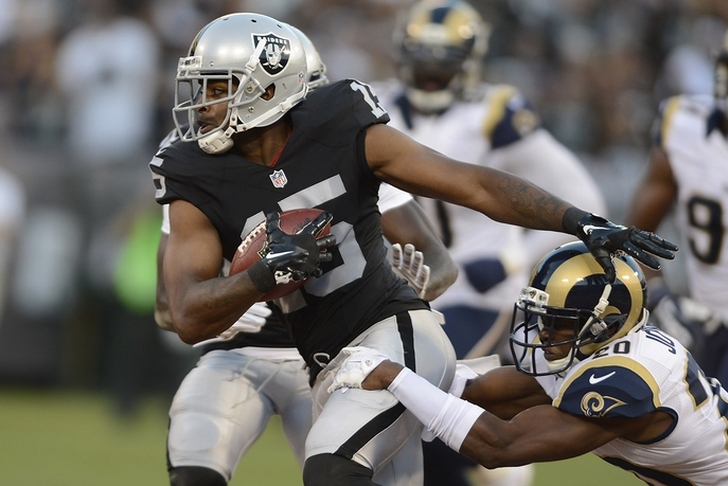 In fact, Crabtree went so far on Saturday as to question his former teammate and QB Colin Kaepernick's desire -- pointing to it as one of the main reasons why he turned down a contract offer from the 49ers.

Via Vic Tafur of the San Francisco Chronicle:

“I needed new scenery. It wasn’t for me,” Crabtree said. “I needed a quarterback that can deliver the ball, and that was hungry like I was.”

Crabtree is assimilating well into his new surroundings in Oakland by all accounts. But that doesn't mean he's not going to throw some jabs across the Bay. That's called going 3/4 Richard Sherman, right?