Raiders Won't Sign Khalil Mack To An Extension Until 2018 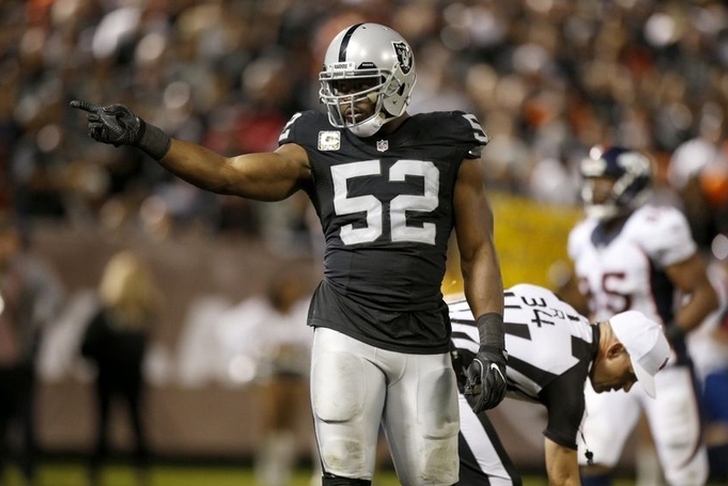 The Oakland Raiders have locked up QB Derek Carr and OG Gabe Jackson to long-term deals this offseason. However, LB Khalil Mack will have to wait.

With deals done for Gabe Jackson/Derek Carr, Khalil Mack will have to wait till 2018 for new deal, per sources. Too big to fit under cap now

Mack, one of the best players in the NFL, is in line for a massive new contract. It will likely rival, if not surpass, the six-year, $114.5 million ($70 million guaranteed) deal that Von Miller got from the Broncos in 2016.

The Raiders also have the option, thanks to the extensions for Carr and Jackson, to use the franchise tag on Mack. That gives them some added leverage in contract negotiations. Still, given the relative ease with which Carr and Jackson were re-signed, negotiations with Mack shouldn't end up like the Cousins-Redskins talks.