Raiders vs. Chargers: 3 Things We Learned From Both Teams 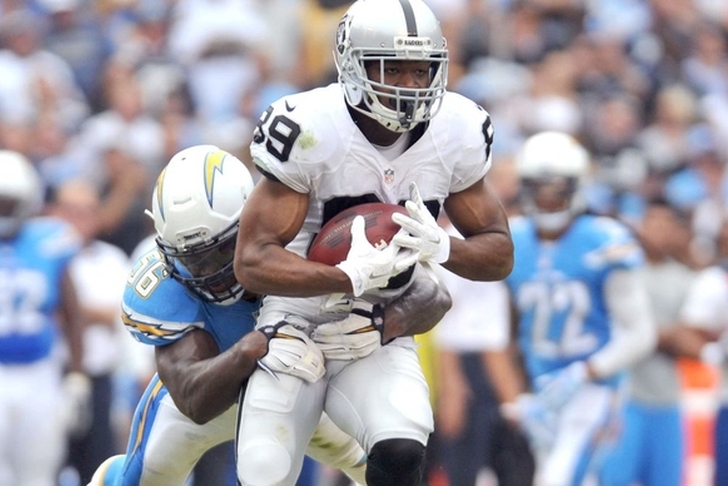 If you look at the Oakland Raiders' 37-29 road victory over the San Diego Chargers on Sunday from a pure score perspective, you'd think it was a relatively close game. It wasn't. Here's three things we learned from what was actually a major beatdown in favor of the Silver & Black.

For three quarters, the Oakland Raiders put the type of embarrassing beatdown on the Chargers that will be big enough to reverberate through both locker rooms until the team's rematch later this season. Oakland led 37-6 after three before going into full prevent mode in the fourth.

Derek Carr was an absolute BEAST on Sunday. Carr posted 289 yards and three touchdown passes on 24-of-31 passing, connecting with Amari Cooper (52 yards), Clive Walford (23) and Michael Crabtree (25) on one score each.

Oakland is 3-3 and 1.5 games ahead of the Chiefs and Chargers in 2nd place. For a team that many experts considered a bottom feeder heading into 2015, this six-game start screams major progress.

Head coach Mike McCoy called the Chargers' first three quarters "pathetic," and it's hard to argue with him. The Bolts looked passive and passionless, getting no pressure on Derek Carr and looking bored/out-of-sync on offense en route to their third consecutive loss.

Philip Rivers' stat line (38-of-58, 336 yards, 3 TD, 2 INT) was inflated by a flurry of garbage-time 4th quarter points. His two interceptions are the actual story, as those led to ten Oakland points and added to the avalanche that the Raiders unleashed. If he only had a running game to help...

The Chargers may very well be counting the minutes and seconds until they (potentially) move to Los Angeles. Or maybe not, if the Raiders end up being their stadium mates. Chargers fans were audibly outnumbered by a Raiders gathering that grew louder and louder as the day wore on.