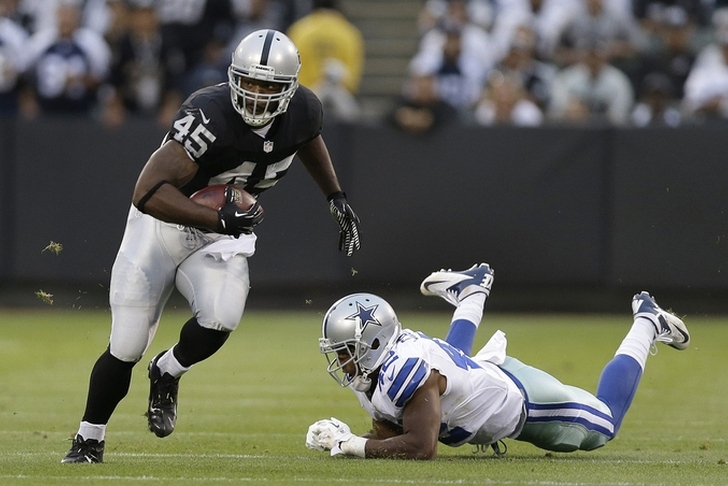 The Oakland Raiders gave fullback Marcel Reece more carries than any previous season last year, but that won't be the case this year according to the San Francisco Chronicle's Vic Tafur.

Wouldn't factor in FB Marcel Reece when you're doing your RB depth chart at home: he hasn't taken one handoff in Napa. #Raiders

Reece got more carries partialy because of the Raiders' injury problems. However, with Murray healthy and the additions of Trent Richardson and Rol Helu, it appears Reece has been phased out of the new offense.