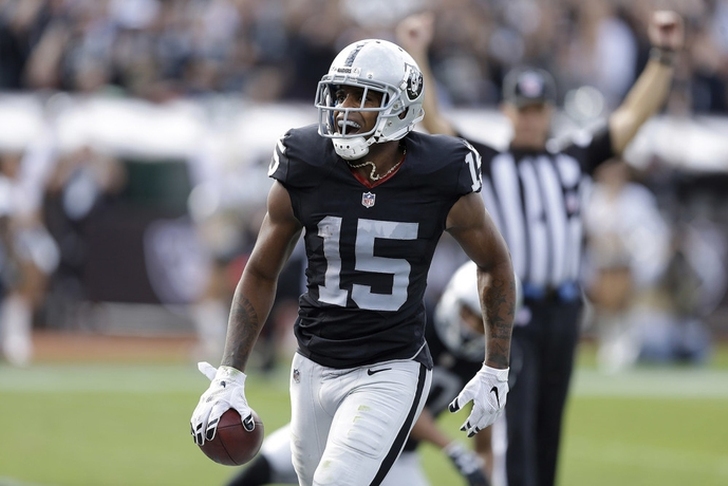 Michael Crabtree won't be leaving Oakland this offseason. The Oakland Raiders and the wide receiver agreed to a contract extension Wednesday evening.

The news was first reported by Adam Caplan of NFL.com. It's a four-year, $35 million deal for Crabtree. He'll have roughly $19 million of that guaranteed. That makes Crabtree one of the top 20 highest-paid WR in the NFL.

Crabtree left the San Francisco 49ers to sign a one-year deal worth up to $3.2 million. His new contract will likely be worth much more than that.

Crabtree is in the midst of one of his best seasons as a pro. The 28-year old has caught 66 passes for 760 yards and 7 scores in the Raiders' offense. He's paired with Amari Cooper to form a talented wide receiver combo this season. With Cooper just a rookie, he and Crabtree should be a staple in Oakland for at least a few more seasons.