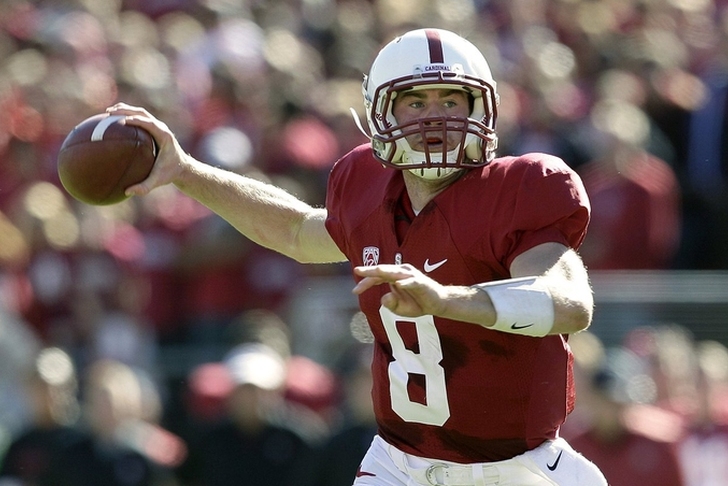 The Oakland Raiders finally have a reliable, long-term quarterback in Derek Carr, but that doesn't mean they won't look for backup help in the draft. Stanford's Kevin Hogan told SiriusXM NFL Radio that the Raiders are one of the teams bringing him in for a visit.

QB @KHoagie8: I've worked out for the #Eagles and #Buccaneers. Next two visits are the #49ers and #Raiders. Visited #Browns this week.

Hogan is projected to be a mid- to late-round pick, going anywhere from the third round to the sixth round in various mock drafts.

The 6'4", 220-pounder passed for 2,867 yards, 28 touchdowns, and seven interceptions last season while leading Stanford to the Pac-12 title and a victory in the Rose Bowl. It was the third Pac-12 championship and second Rose Bowl he won with the Cardinal.