Raiders S TJ Carrie Out Against Broncos With Chest Injury 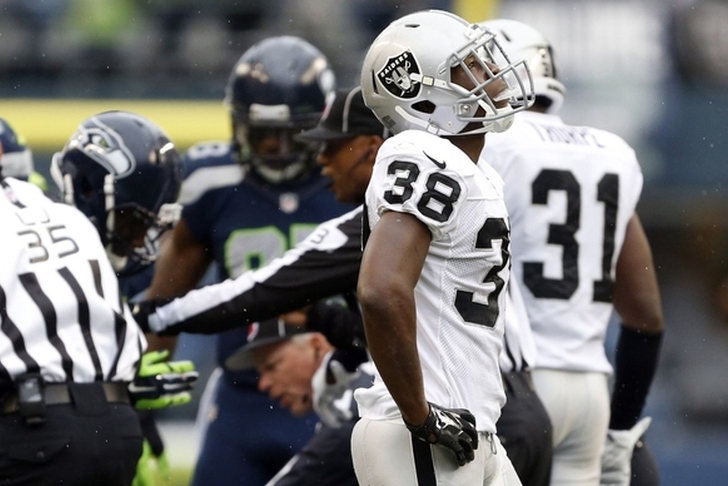 The Oakland Raiders gambled by using starting safety TJ Carrie as a punt returner during the team's loss to the Chicago Bears last Sunday. The gamble did not pay off for head coach Jack Del Rio and the entire Raiders squad.

Carrie has been ruled out of Sunday's home game against the AFC West-leading Denver Broncos with a chest injury he suffered against the Bears. He left in the second quarter of the team's 22-20 loss at Soldier Field and was unable to return.

Larry Asante will start at safety against Denver. Carrie did not practice all week, so it comes as no surprise that he was ruled out on Del Rio's final injury report of the week.

Jack Del Rio did say recently, however, that he doesn't believe any of his injured players will be out for the long term.