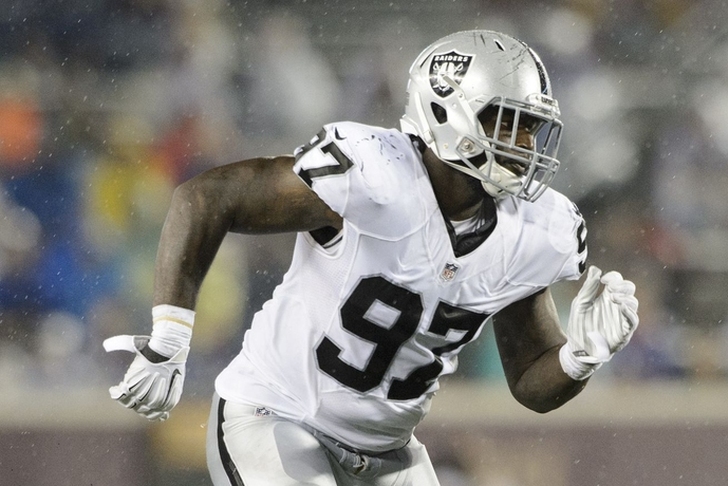 The NFL Draft is less than a week away, and there are plenty of Oakland Raiders rumors floating around. The Raiders have already had a great offseason thanks to some high-impact signings and have a chance to make their team even better by adding talent in the draft. The Raiders are in a position to take the best player on the board, which is why they've been linked to numerous players thus far. Let's get you caught up to speed with all the latest draft rumors, news and speculation surrounding the Raiders.

Mario Edwards Update
The Raiders second round pick last year, Edwards showed promise as a DE. But his future remains in doubt because of a neck injury he suffered at the end of last season. The Raiders are remaining vague about Edwards' recover.

"I think the way we’ve tried to approach it, we’ll continue to approach it, is not spending time discussing practice reports or who’s practicing or how much they’re practicing or what they’re able to do in practice during the offseason," Del Rio told CSN Bay Area. "There’s a time when we get to the regular season where that’s required and we’ll do that accordingly. At this point, all the guys are doing what they can do, working and learning the systems. At this point, it’s really about working out and conditioning and things like that."

Edwards has said he'll be back, but the Raiders refusal to provide updates don't bode well. The Raiders might need to add someone in the Draft this year in the event that Edwards can't return or isn't the same player.

Raiders Looking At Kevin Hogan
The Stanford QB won't be a Day 1 or Day 2 pick, but the Raiders are one of several teams to check him out.

Hogan improved his release this year, although it's still not ideal. He'll likely be a Day 3 draft pick, with an NFL team hoping they can develop Hogan into a quality backup. The Raiders might have simply checked him out because Stanford is so close. But with Matt McGloin a free agent next year, perhaps the Raiders are keeping an eye out for a future backup.