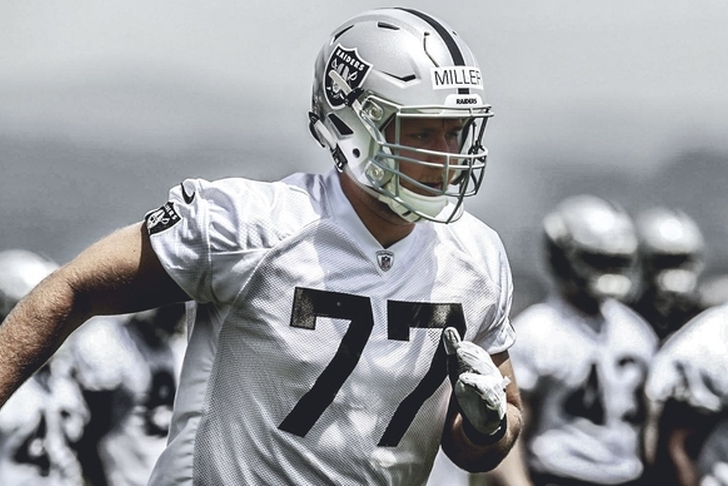 The Raiders rumors were buzzing this offseason about how they can upgrade their offensive line to get back to their 2016 form. A way to address the rumors is by selecting an offensive tackle in the first round of the 2018 NFL Draft. The Oakland Raiders selected OT Kolton Miller out of UCLA with the 15th overall pick in this year's draft and he is already making an impact at OTAs.

“He’s one of the most athletic tackles that I’ve ever seen. I mean ever seen,” Gruden said about Miller. “At the combine, his broad jump, I think, was almost 11 feet. That’s outstanding. Ran a sub five flat. We don’t want to take away from any of his athleticism, but remember, he’s an underclassman. All these draft picks have been on this tour, this rock-n-roll tour. Get to go to all these facilities and eat all of these meals. So, we just want to get him in great shape. Get him stronger but maintain his flexibility and his athleticism.”

For a player who is 6-foot-9, 309 pounds to be able to put up those types of numbers at the combine is eye-popping, to say the least. Miller protected Arizona Cardinals QB Josh Rosen's blindside at UCLA. Miller will likely start at right tackle for the Raiders but it has been rumored that he will replace veteran Donald Penn at left tackle.

The Raiders should have one of the best offensive lines in football in 2018, which should help them get back to their 2016 winning ways.