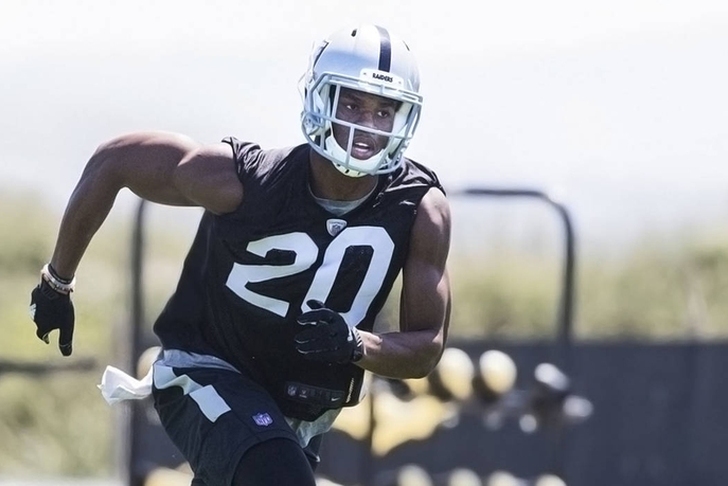 However, with him aging (will be 34 next year) and showing signs of decline, second round pick Obi Melifonwu may take this starting job early in the season - if not immediately - according to Fansided's Mario Tovar:

By now, the struggles of the defensive secondary last year have been analyzed and well-documented. Obviously, the pressure was on for McKenzie to deliver big in the draft, especially after a rather quiet free agency period. McKenzie did just that in the first two rounds, with the selections of Gareon Conley and Melifonwu

The schemes and play calling of defensive coordinator Ken Norton Jr. were often exposed and subsequently questioned by the fanbase, and Nelson didn’t do him many favors. Many wonder if the addition of defensive coach John Pagano might alleviate some of those issues this upcoming season. Certainly a scheme adjustment or even a total make-over might help Nelson’s case, but no amount of adjustments can hide the fact he’s slowing down.

By now we’ve all heard what the “experts” think of Melifonwu and what he brings to the table, from “raw ability” and “a freak” to excellent tackling; — traits Nelson no longer possesses.

If Nelson can hold off Melifonwu after training camp and preseason, you have to wonder how long it will be until he gets beat on a deep route and the fans start chanting “Obi, Obi, Obi” in the Coliseum. Father time is undefeated and it’s only a matter of time before it takes Nelson out of a starting job. It could be sooner than later.

As a senior at UConn in 2016, Melifonwu posted career highs with 118 tackles and four interceptions.